What one can aesthetically imagine about an idle rural family in Assam is, a home surrounded with lush greeneries, an orchard in the backyard with never-ending paddy filed behind it, a fishery where the mother duck takes her little ducklings to a swim, the rooster crowing at the roof of the house, the baby goat chasing the chicks, while the mother hen defends them. The piglets are oinking at their mother while she is taking a deep sleep, tired of their tantrums 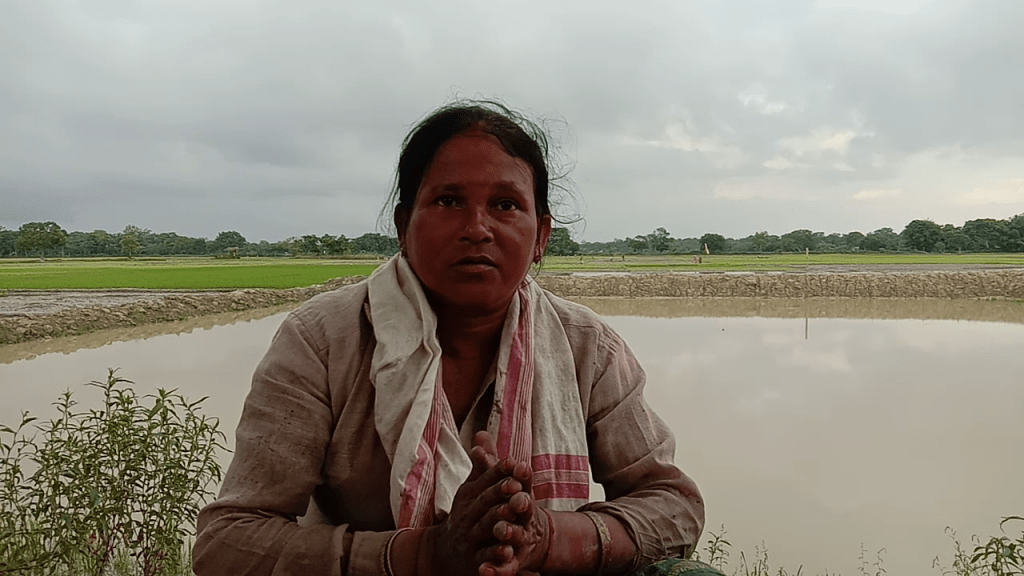 The imagination, what seems idle is however limited to very few villages for reasons that are inevitable. Unequal sharing of resources, illiteracy and lack of awareness, limitations to opportunities, societal restrictions, exploitation and what not. For reasons like this and more 31.98% of the population is below the poverty line according to the government data. This population must survive at a below per income, while many unable to meet the daily needs. What seems inevitable is avertible with awareness, providing required resources and a focused plan. This is what ITC have done, partnering with Seven Sisters Development Assistance (SeSTA), a not-for-profit organisation as an implementing agency in 36 villages, 3 blocks in 2 districts of Assam, namely Darrang and Kamrup Rural Districts. The Initiative known as Scaling up sustainable intensification (SUSI) was called to action under the ITC – Mission Sunhera Kal project.

The initiative is to enhance the income of small and marginal women farmers in endemically poor regions of Assam through sustainable practice of Natural resource management (NRM) by integrated practice of farming.  The SUSI module is a family-based approach of intervention, through this approach the family would plan multiple livelihood activities based on the Natural resources available with them, the activities that is planned are implemented with the best practices available.

The key interventions through it are: Orchard Development, Livestock Rearing: Improved practices of Pig rearing, Improved practice of Goat rearing, Pig breeding for improved breed and Best practices in Agriculture through the System of root intensification (SRI) process for paddy and vegetables with organic practices for increase in yield 2-3 times from the traditional practices of agriculture.

To implement the initiative and identify beneficiaries a series of processes was adopted. The processes involved Identification of villages:

Haridra Deka is once such beneficiary Identified through the process, she is a Self-Help Group (SHG) member of Joymoti Mahila Gamya Sangathan in Daha Village which is at five kilometres away from the town of Mangalda. She lives with her husband, two sons, sister-in-law, and her ailing mother-in-law. The family was once solely supported by her husband, by driving a lorry, who unfortunately met with an accident one day, though he survived, it made him unable to take up the job once again. With an ailing mother, physically challenged husband there was an immediate need of new opportunities to earn a livelihood for survival.

In such circumstances ITC – Mission Sunhera Kal, came to her rescue, when approached, she immediately showered great interest in all the activities taken up under the initiative. After the initial formalities of identification, she attended all the trainings provided by SeSTA on the key interventions. Her family owns 2 acres of cultivable land, where they cultivate paddy and other seasonal crops. Since the intervention, she started with vermicompost to use it in her field of vegetables and in the horticulture, plot costing her Rs7500 in the setup. She planted banana and different types of vegetables like beans, spine gourd, lemon, pumpkin etc in the rows between the banana trees. After taking good care of the vegetables and banana’s she could sell in the market and could earn Rs 12500 from it.

In the 2nd year she decided to overcome societal restrictions and invested Rs 22000 in Piggery, it was a step, which she knew will invite criticism from those at the helm of the society. However, she went ahead with the support of the initiative. She took a loan of 15000 from her SHG. The project-initiated grants to the SHGs in the selected villages which were utilised as revolving funds and loans among the SHG members.  Her investment included the construction of the pigsty, buying of a female sow, feed and health management. The sow gave birth to 14 piglets, which she sold for Rs 40,000. Now she has one sow along with 12 piglets. With profits coming in, there was moral boost and her exploration continued, she invested Rs15000 in goat rearing, and earned Rs 42000 by selling eight goats in the subsequent years. In the meantime, she improved her poultry coop to rear chickens and duck together, she was able to sell 35 ducks for Rs 18000 and made a profit of Rs 8000 from chickens in 2018.With hard work bearing fruits, she decided to go for SRI paddy after receiving the trainings on it. In the last three years she got a surplus of 3.6 quintal of rice, then what she was harvesting by traditional method of cultivation. This surplus has helped her to earn an additional profit of Rs 45000.  She again laid her hand in strawberry cultivation, it was a new concept for her, as she and her family and most of the villagers are not familiar with the fruit. They were sceptic about trying it, however there was a trust in the SUSI initiative as till date it was only generating good results for them. She invested a small sum of Rs 2000 to try out the strawberry cultivation. The harvest was good as per the investment of money and effort according to her. She was able to sell for around Rs 4000, after consumption at home and distributing it to the neighbours and relatives as it was new delicacy form them.

Recently she has constructed one farm pond on half bigha of her land, it costed her Rs 37,000. She again took the sum as a loan from the SHG. Fingerlings has been released and feed management is going on now, which she expects to bear good result in the time of selling.

Today Haridra Deka has all the resources in her house that aesthetically defines a idle rural home in Assam. It was all possible because of the SUSI initiative of ITC and implemented by SeSTA.