The pearl I found in the sea of thoughts

Often, I question my association in the development sector, somewhere I don’t feel I am doing enough or I question if I am making any change in the community? Is it worth to engage in it, if no changes are visible? With several questions I drown myself deep into the sea of thoughts, quite often loosing focus and energy to do anything more. 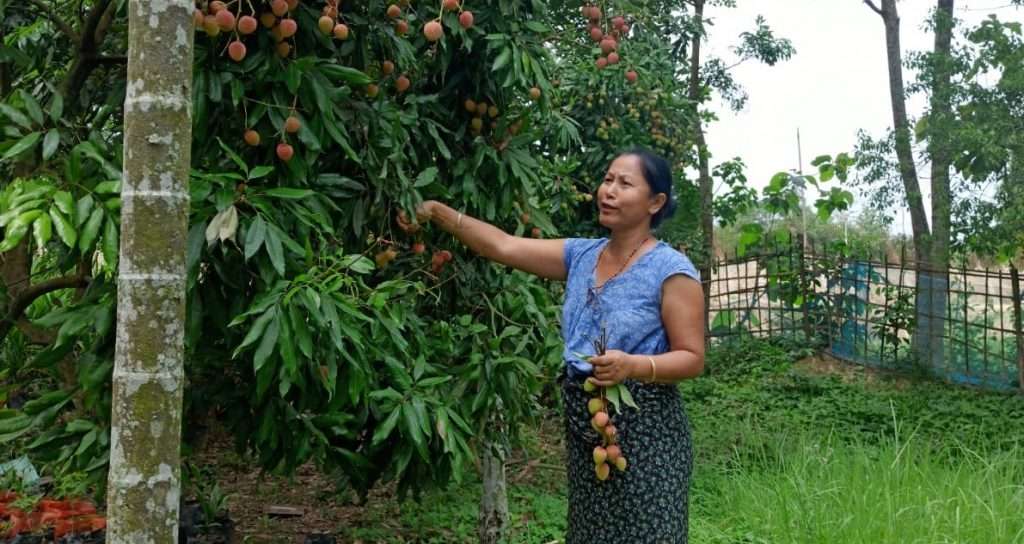 It was in the month of October in 2020, when these questions were more and I was not all satisfied with what I am doing. I was walking into the filed, reaching out to the community without much focus. In an odd day, while I was engaged with a SHG meeting, it rained heavily and returning back to my room was impossible as the roads here in Karbi Anglong, the hill abode of Assam is extremely dangerous to ride during the rain. With no options left, I decided to stay in one of the SHG members house, her name is Mukuta Hojaisa, like her name mukuta, meaning pearl she is a charming lady with and admirable personality, a leader and great public speaker here in some extremely rural corner of the country.
She welcomed me to her house for the night and was very happy to host me as she had always been asking me to spent a night with her family of four. We reached her house and uncle was waiting for us preparing tea and traditional snacks, he served has a warm cup of tea in a decorated traditional Dimasa cup and we sat down to talk. Uncle a social worker himself, was always keen to know more about our organisation, the different work we are engaged with and shared his experience too. Aunty joined us and began to share her journey, in how she is engaged with forming SHGs in her area since 2004, how she used to travel from one village to the other in the hills, where there is near to road in some places and militancy was at peak during those years. Many a times they stopped her and uncle and questioned what they are actually doing, what is their intention in forming such women led groups? Are they intending to create another armed revolution with women only cadres?

There was discussions and confrontations with both the militants and the husbands of the women, as no one was keen to allow women participating in forming groups and taking decisions on their own. The women of the village were also reluctant and hesitant to come out from their orchestrated roles by the society. But Mukuta aunty knew what she was doing, she was focused on the goal, she was clear that SHGs will bring a revolution in this poverty prone area, a place which was once the kingdom of great Kachari rulers was now a place with extreme militant violence and the safe haven for illegal activities.
Her husband and she continued their effort with encouragement from the local block officials and today there are more then 1600 SHGs with an average of 12 members in all of these groups, the women elected her as the president of the Cluster Level Federation, which has 17 Village Organisations (VOs) formed with the 1600 SHGs under it.

Listening to her and uncles’ story, I was reflecting on my journey and the questions I always ask myself. listening to her focused journey, her dedicated effort I realised the questions I was asking myself, even if valid are not a question to get demotivated so soon, because I was not facing even 1% of the challenges she faced, the SHGs are already here now, they are already organised under her leadership, if I continued my effort to make them understand the importance of organic and scientific cultivation, obviously they will accept it, not today, not tomorrow but one fine day they will.

The night at her house really inspired me to continue what I am doing, not looking for immediate results, not looking for ripe fruits just after planting the seedling, but to nourish it again and again, manuring it, removing the pests and diseases with care and one day it will bear the fruit I was looking for. Aunty cooked a special dinner that night, Otenga (elephant apple) with pork, Fish with bamboo shoots and a glass of Judima (Dimasa rice beer) with a plate of rice. With a happy tummy I went to bed and again took a dip into the sea of thoughts but this time not to drown but to pick up the pearl I found that night.