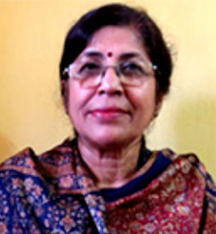 Ms. Goswami has done her MA and MPhil from JNU, Delhi and PhD from Gauhati Univeristy. She was a Professor and also served as the Head of Department of Political Science Department of Gauhati University. She has authored various books like Language Politics in Assam, Northeast India: Development Communalism and Insurgency, (co-authored), The Troubled Diversity : The Political Process in North Eastern India (edited). She has also published several research papers in National and International Journals, contributed several chapters to edited volumes and also writes in local newspapers on contemporary issues. Ms. Goswami is a member of various professional bodies like Indian Political Science Association, North East India Political Science Association, North East India History Association and Lokniti (Programme For Comparative Democracy), Centre For The Study Of Developing Societies, Delhi. 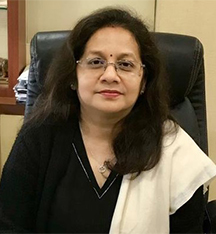 She has completed her Graduation from the University of Allahabad and MBA from Gauhati University. She has also done PGDM in Training & Development from the Indian Society for Training& Development (ISTD), New Delhi. Ms. Bora is currently working with North Eastern Development Finance Corporation Ltd. (NEDFi), Guwahati as a General Manager since 1996. She is also a Director in NEDFi Trustee Lt. (NTL) and NEDFi Venture Capital Ltd (NVCL). She is a Nominee Director in Kanaklata Mahila Urban Co-Operative Bank and a few other NBFCs
and Societies assisted by NEDFi. She has been a Resource Person to a number of NGOs and Institutes. Prior to joining NEDFi in 1996,she worked as Personnel Officer in Bongaigaon Refinery & Petrochemicals Ltd. (BRPL), presentlyIOCL and The Tata Energy Research Institute(TERI). She is also associated with the MBA Department of Gauhati University and Tezpur University as an External Expert. She has presented and published papers in national and international conferences. 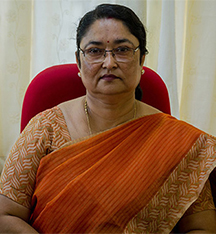 Professor Chandana Goswami is the Dean, School of Management Sciences at Tezpur University. Earlier she was the Director of Internal Quality Assurance Cell, and also was the Head, Dept. Of Business Administration.  She did her MBA and PhD from Gauhati University, FDP from IIM Ahmedabad and was a British Chevening Fellow in 2004. She is involved with teaching and research at Tezpur University and has taught for more than 25 years. She has produced eight PhDs so far.  She has presented research papers within the country as well as abroad.  Additionally, she is a corporate trainer and has conducted trainings for Powergrid and Numaligarh Refinery Oil India to name a few. 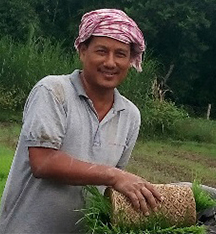 He is a graduate from St. Stephens’ College, Delhi and has done his PGDM from IIM Bangalore. He is a Member of Gramya Vikas Mancha, Nalbari and also an Advisor to Sitajakhala Dugdha Utpadak SSL, one of the oldest and successful milk cooperatives of Northeast India. He is well known as an agri-entrepreneur with vast knowledge and skills on farm machinery bank, multi-cropping, crop-diversification, dairy, pisciculture, and SRI. Mr. Das has led the MIS implementation at ASOMI and also been offering consultancy on Contract Farming of medicinal and aromatic plants as well as horticulture crops. 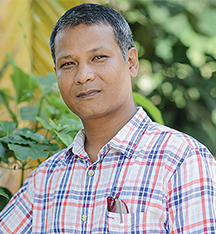 Mr. Basumatary is a graduate from St. Stephen’s College, Delhi. He is the co-founder of Symbiotic Foods Pvt. Ltd. and also acting as its CEO. Symbiotic Foods is a unique Social Enterprise established to promote pig rearing and currently working in the value chain of piggery sub-sector. He is a pioneer in establishing pig rearing as a profitable livelihood opportunity and currently acclaimed as a trendsetting Social Entrepreneur. Prior to starting his own social enterprise, he worked as a Chief Manager at State Bank of India (SBI) in New Delhi for 15 years and also worked as a Partner in Udayachal Ventures for 3 years. 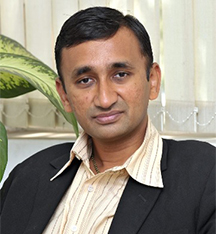 Born and brought up in Mumbai, graduated as a production engineer from Bharti Vidyapeeth’s College of Engineering, Pune, Biren pursued a post-graduate diploma in management (PGDM) from the Indian Institute of Management, Kolkata and started his career as a Corporate Banker with Standard Chartered Bank in Chennai. Later on he switched careers to become a television journalist with NDTV in Mumbai. He consulted Tata steel for rural development in Bastar, Chhattisgarh and also worked with International Union for Conservation of Nature (IUCN) in Odisha on a project to mitigate impacts on Olive Ridley turtles. Post that he worked as the Chief of CSR of Tata Steel for seven years in Jharkhand and Odisha

Pradyut is a Bachelor in Engineering in Computer Science from Assam Engineering College, Jalukbari. He has been working in the grassroots for the last 16 years in Jharkhand, Chhattisgarh and the North-East India. He has an extensive experience of working on social mobilisation, capacity building and institution building and mentoring young development professionals. He has worked with Professional Assistance for Development Action (PRADAN) as a Team Leader and presently working as the Executive Director of Seven Sisters Development Assistance (SeSTA). He has worked on value chains of various commodities. He has also engaged in promotion of Women Farmers Producers Collectives like cooperatives and Producer Companies owned and governed by women. He is also empanelled as a National Resource Person by National Rural Livelihood Mission. 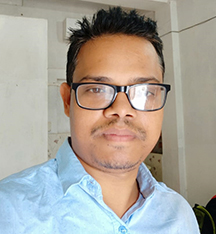 Currently working as an Integrator in SeSTA, he has joined SeSTA in July 2014 as an executive trainee. He has also worked as an Accountant in People’s Action for Development. He is a part of SeSTA’s core group to provide training support to staff and cadres of State Rural Livelihood Mission. His areas of interest are Finance, Business Plan Development, Project Management and Development apart from promoting livelihood and micro enterprises. He is currently engaged in Project Management, grooming Farmers Producer Company and supporting professionals in the field. He has completed MBA and MCOM and started his career with SeSTA by promoting and strengthening women collectives like SHGs & VOs. He also promoted different livelihood activities like paddy in SRI principles, vegetables, scientific way of fish rearing, horticulture development, piggery etc. He also worked in close collaboration with Panchayats and Blocks and successfully leveraged IBS (farm pond) for farmers.